'Where'd You Go, Bernadette' is Refreshing and Realistic - Ashley's Review 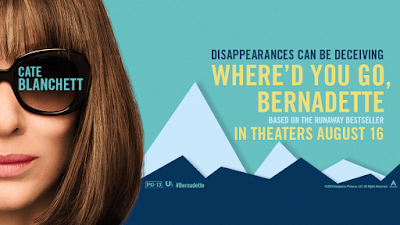 Read Ashley's review of Where'd You Go, Bernadette. Where’d You Go, Bernadette is based on the runaway bestseller about Bernadette Fox, a Seattle woman who had it all - a loving husband and a brilliant daughter. When she unexpectedly disappears, her family sets off on an exciting adventure to solve the mystery of where she might have gone. 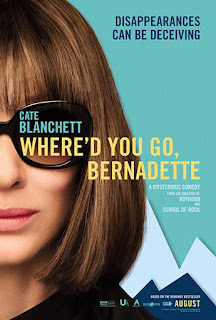 Where’d You Go, Bernadette is a comedy drama based on the bestselling novel of the same title. It stars Cate Blanchett as anti-socialite Bernadette Fox who gives up her passions as an architect to dedicate herself to her family. Her daughter decides she wants to take a trip to Antarctica and it sets Bernadette on an unexpected path. Can this book turned film keep the momentum of a good comedy-drama?

This film is almost nothing like its trailer. I went in expecting a full out comedy and instead it is presented as a comedy drama that tilts more into drama with the cover of sarcastic humor. This works for the tone that the movie is with Bernadette being a loving mother who is out of touch with the realities of the world. The severity of her being out of touch gets very emotional in some scenes.

A lot of this emotion comes from the realness this film gives. There are relatable qualities in all the characters which brings depth. The scenes are diverse with love, sadness, awkwardness and many feelings in between. Having that realism of how dynamic life is and how quickly things change draws the characters and plot along to something unexpected that works. That is until the end where everything gets pushed together too quickly and the movie ends abruptly. The ending was a disappointment as a result and leaves something else desired especially since there were lulls in the middle.

Having a film like Where’d You Go, Bernadette be so realistic is refreshing. The emotions and characters bring the story to life and tell a story that is a memorable comedy drama. Despite the lacking ending, the plot is enough to have a mystery that comes from an angle different than what you might be expecting.