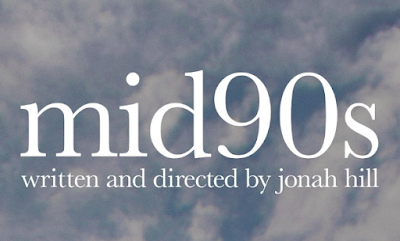 Read Ashley B's review of Mid90s. Written and directed by Jonah Hill, Mid90s follows Stevie, a thirteen-year-old in 90s-era LA who spends his summer navigating between his troubled home life and a group of new friends that he meets at a Motor Avenue skate shop. 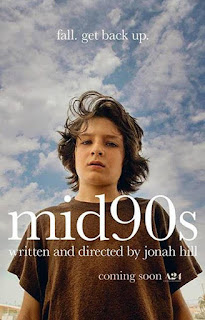 Mid90s follows a 13-year-old boy named Stevie who grows up with his single mother and is bullied by his older brother during the 1990s. Growing tired of his distressing life at home he begins to hang out with some older kids at a skate shop nearby his home and finds new troubles. This movie is Jonah Hill’s first as writer and director so can he create a great film or is he better suited as the face of a movie?

As someone who grew up in the 90s I was excited for this movie especially with Jonah Hill directing. He lived up to the nostalgia with it feeling like it was recorded on a recorder and played via a VHS. With all the high technology that makes everything so clear it was nice to watch a movie with that fine lined, grainy look to it. Also the fashions and vernacular were spot on to that of the 90s showing that they put a lot of background work and thought into it.

The characters were perfectly cast for this movie as well from the innocent, adorable Stevie to a character nicknamed “Fuck Shit” who was almost as unpredictable and comical as his epithet. The mini family that the group of skateboarders make up feel like real kindred spirits and the life events they go through together had me completely invested in each one of their lives.

Since Mid90s mostly focuses on Stevie there is a consistent innocent look at things that are not all that innocent, giving it a brand new look. There are scenes that will make you laugh out loud and scenes that will completely take you to a place of uneasiness. Each character put out a strong performance to take you through those emotions which is remarkable since most of the cast are young.

This movie felt like it ended way too fast and I wanted more. With it being Hill’s first film is not sure if he did this on purpose to not overwhelm the audience. I think he has a future in the behind the scenes aspect of movies after watching Mid90s and I’m excited to see what he comes up with next.