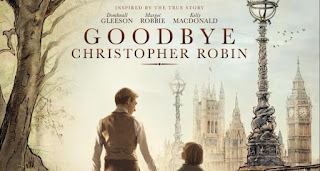 Read Mind on Movies review of GOODBYE CHRISTOPHER ROBIN. This movie show pooh in a whole new light. It's a pooh you may not remember when you were growing up. 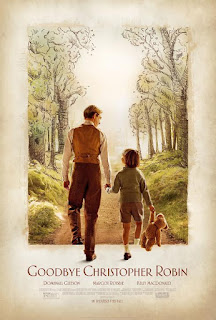