The Wolf of Wall Street Delay 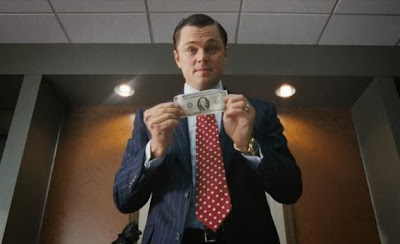 Although the trailer is short and sweet and looks really good, as of now the movie is not. As of right now Martin Scorsese's movie The Wolf of Wall Street is 180 minutes long. Now I'm sure there are some people (ladies) out there that wouldn't mind staring at Leonardo DiCaprio for 3 hours on the big screen, the rest of us would not.

Of course Paramount and Scorsese are pushing to get Wolf ready by Christmas, this way they can be in the Oscar season this year. This would then push back another movie, that I never heard of, called Jack Ryan, starring Chris Pine and Keira Knightley to MLK Jr weekend in 2014.

Comment on what you think,
If they rush to quickly with Wolf, it may end up ruining the movie. they should just go slow with it and it need be release the movie in 2014.
Facebook Comments: