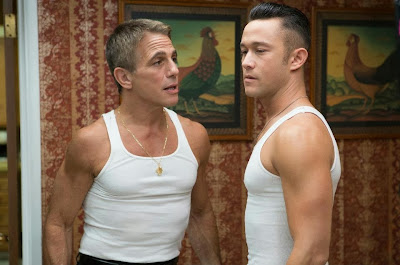 The last twenty minutes, do not read this if you haven't watched the movie. I understand that the character Joesph Gordon-Levitt played got around with the ladies. However, at the end when he started to do it with Julianne Moore who is 53 made the movie unbelievable. Like someone who is Joesph's age needs that old of a women.

If Julianne Moore was expected to be Steve Carell's wife in Crazy Stupid Love, then she cannot be a love interest to Joesph Gordon-Levitt. it doesn't make sense. They needed to recast that part to some younger, much younger.