Can this movie be better then its first? 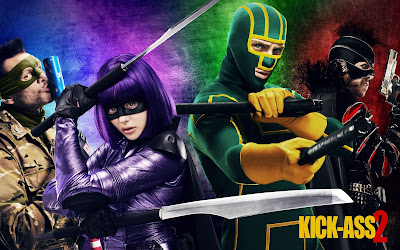 I went into this movie without seeing the first movie. Now, I have heard things about the first one. It was either liked or hated. Someone told me the first movie has an eleven year old girl saying the C word. Now that's when you know this is bad.

A good thing is, there was no real need to watch the first movie to pick up what was going on in this movie. They pretty much explain it all in the beginning of the movie. After watching this movie, it made me want to go out and see the first one. I thought it was a different take on the traditional comic book hero.

Some parts seemed to have a good flow of comedy in it, others took it too far. It also was very gory. I'm told the first one also had a lot of gore in it, but there's a time when to say enough is enough.

Now as your watching some of these fight scenes, you will actually feel a part of them. They are so life like that you will need to remind yourself your just watching a movie.

Make sure you stay after the credits for a scene. 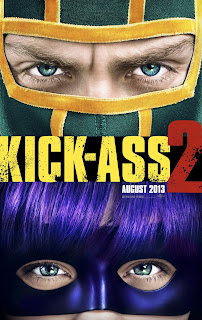 What would I have changed? (Spoilers)
I would have cut some of the gore a little. Some of it was way over the time. Also I was impressed on how well that 15 year old girl was able to drive the motorcycle. I would have made that more realistic. I would have added Nicolas Cage. I don't care if he died in the first one or not. Adding him would only help the movie.