Can a bunch of unfamous actors make a good movie?

Surprisingly they can. Pacific Rim is very action packed and although there is some "dead time" between the action scenes it was still alright. The time era of the movie was off. It wasn't that far in the future to make this believable.

You do not need to see this movie in 3D, unless you get a chance to see it in IMAX, then its worth it. The 3D was not really coming at you. It was just offset in the picture.

This movie will get a big vote from anyone that is young. This is a young person's movie. It has cool gadgets, big robots, and amazing action fights. The movie wants you to think that this could happen, when everything you see in the movie makes it never going to happen.

Just a note, stay after the credits, there is a small scene to watch. 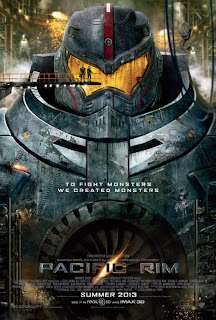