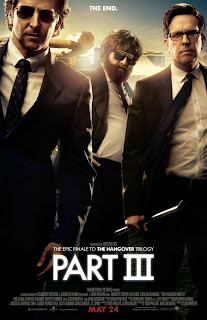 The past Hangover movies have been done to a point where your thinking that the third one will be very similar to the first two. But this is not the case with this third one. The Hangover 3 was made into such a great format of comedy, that all will enjoy this.

Of course the original Wolf Pack guys were just as funny as they always are. But also Melissa McCarthy was in the movie, and she was so funny also. Although her line/part was very brief, she was still able to deliver her punch of comedy.


There is a special surprise, you need to stay for the scene after the credits.

WHOSE YOUR FAVORITE MEMBER OF THE WOLF PACK?
ANSWER BELOW (Scroll down in the box)