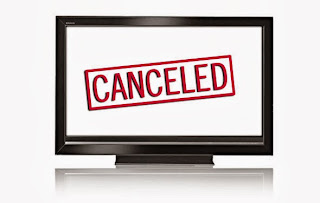 
So your a big Dane Cook fan, well so am I. But you wont see him on the television just yet. Next caller should have premiered this month (April) to replace one of it's other shows that only went half season. But after 4 episodes they stopped production of the show, citing creative differences with main star Dane Cook. - A very unlikely pair of satellite radio disc jockeys are forced to share the microphone for a relationship call-in show in New York City. Cam (Dane Cook) is crude, egotistical, and unwilling to share the spotlight, while Stella (Collette Wolfe) is a perky feminist who has just moved over from NRP.

All My Babies' Mamas

This would have been a reality show starring rapper Shawty Lo. Set to be on air in February 2013, It was canceled before airing. The reason, because of its stereotypical portrayal of black families and glamorizing premarital sex and sex with multiple partners. - Showcasing Shawty Lo's lifestyle as the father of 11 children fathered by 10 different women.


This show was there one day and gone the next. NBC listed it as its show for the 2012 -2013 season. Then never mentioned, until January 2013. When it said the show was canceled without any reason, Sorry Jenny.

- The series would have followed Jenny McCarthy as she surprises people across America with gifts of a lifetime.