'Bad Boys For Life' has action, surprising revelations, and that hilarious banter! 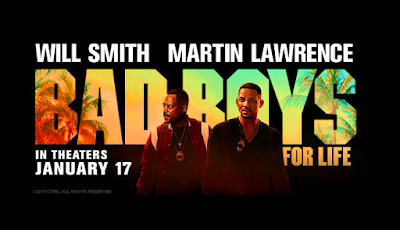 - Read Jazzlynn's review of Bad Boys For Life. The Bad Boys Mike Lowrey (Will Smith) and Marcus Burnett (Martin Lawrence) are back together for one last ride in the highly anticipated Bad Boys for Life. 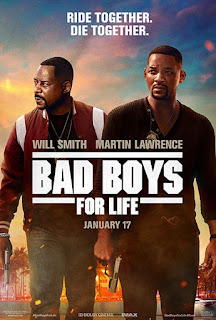 Bad Boys for Life is one of the most surprising movies within this past year. What I originally thought we were getting was some witty banter with over the top action scenes and that would be it. However, it turned out to be a little more than that.

Bad Boys for Life starts out with a high speed pursuit with our Bad Boys, Mike Lowery and Marcus Burnett, and picks up in pace several times throughout the rest of the movie. There are lines perfectly placed through the movie that people will be quoting for years to come. The interactions between Mike and Marcus are, in my opinion, the best of the Bad Boys series. Despite the fact it has been nearly two decades since Bad Boys 2, the pair never skipped a beat.

I was worried going into this since Gemini Man wasn’t one of Will Smith’s better movies, but Bad Boys for Life puts him back on the right track. The supporting cast, comprised of some fairly big names, were not utilized to their full acting potential. That can be overlooked because this was a fairly full movie already in terms of storyline. There were some shockingly violent scenes and an even bigger reveal near the end.

Bad Boys for Life ties up one of everyone’s favorite buddy cop series with action, surprising revelations, and that hilarious banter we all love….or does it?

Jazzlynn Myre (Contributor) is from Dallas. She's an avid gamer and watcher of anime. She usually spends her time either taking pictures of her cats, rewatching every horror movie in existence, or reading about crazy people doing crazy things.
Click Here to check out Jazzlynn's Articles.