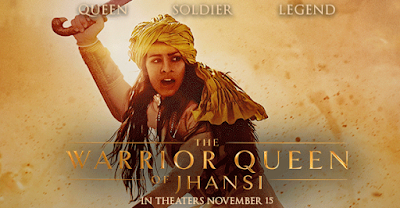 Read Ashley's review of The Warrior Queen of Jhansi. THE WARRIOR QUEEN OF JHANSI tells the true story of the legendary Rani (translation: Queen) of Jhansi, a feminist icon in India and a fearless freedom fighter. In 1857 India, this 24-year old General led her people into battle against the British Empire earning the reputation as the Joan of Arc of the East. This real-life Wonder Woman’s insurrection shifted the balance of power in the region and set in motion the demise of the notorious British East India Company and the beginning of the British Raj under Queen Victoria 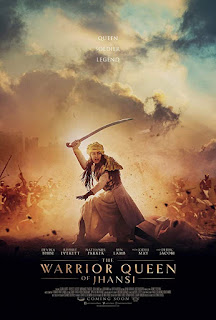 The Warrior Queen of Jhansi is in select theaters on November 15th, 2019.

This film tells the much neglected story of the freedom fighter Rani of Jhansi. A feminist leader in her village, she seeks to gain liberation from the British East India company. She trains women how to fight and leads her people into battle against the British empire. When her husband and son die, she expects her adopted son to rule but is alarmed when she is told that Britain does not recognize the adoption. Rani must now continue to fight against the British for the freedom of her people.

Devika Bhise plays Rani Lakshmibai, she does a great job I just wanted to see more. I felt like her rise to freedom fighter was rushed, I wanted to see her grow up, train, fight, and win more battles. I feel like there’s so much more to her story and everything she accomplished.

I felt like the message they wanted to get across was lost with all the scenes from Britain and at the British camp. If this was about telling the story of this amazing woman, that’s what I wanted to see. I knew about Queen Victoria and Abdul, while it was interesting to see them in the film I didn’t feel it was necessary to the story.

If you like historical movies you might enjoy this one. I expected to see more but I did learn a lot about Rani Lakshmibai, someone whom I’ve never heard of before. I think it’s an important story to tell, I just wish she was more the focus.