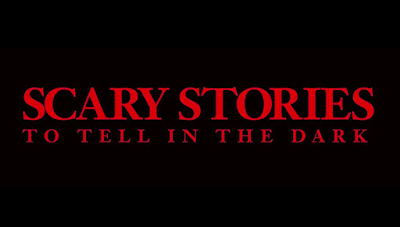 Read Jazzlynn's review of Scary Stories to Tell in the Dark. 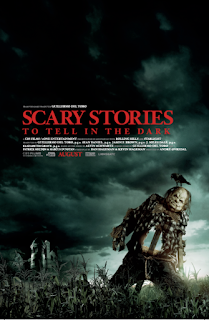 What could have been one of the top horror films of 2019, sadly won’t make the cut. The monsters are undeniably frightening and nightmare inducing, but the storyline failed to carry any dreadful momentum through the first half. Someone had mentioned to me how this seemed like a less fun Goosebumps movie and now I can’t think of it in any other way than that.

There are plenty of laughs throughout this movie that I really enjoyed, but it broke up the dread that was being built up for the next scenes. The days of horror movies being actually scary and not all comedy seem to be counting down.

The main monster that creeped me out to no end was the Jangly Man. If it had been a movie were he was focused on the entire time I would be saying this is one of the top horror movies of the year. Each monster will have a different effect on each person. What I might find completely terrifying the next person might find slightly less so. The other monsters got very little screen time to establish that fear and anxiety you should feel when watching a movie like this.

The second half of the movie is undoubtedly better than the first half, and that’s what saves the entire film. I do recommend watching this movie because seeing as I’m a “horror movie fan veteran”, I might be desensitized to something of this caliber. Depending on what you’re expecting from this movie you could have an entirely different view than me and that’s okay. Go and enjoy it regardless.