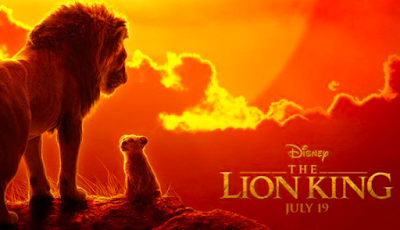 Read Logan's review of The Lion King. Disney’s “THE LION KING,” directed by Jon Favreau, journeys to the African savanna where a future king is born. Simba idolizes his father, King Mufasa, and takes to heart his own royal destiny. But not everyone in the kingdom celebrates the new cub’s arrival. Scar, Mufasa’s brother—and former heir to the throne—has plans of his own. The battle for Pride Rock is ravaged with betrayal, tragedy and drama, ultimately resulting in Simba’s exile. With help from a curious pair of newfound friends, Simba will have to figure out how to grow up and take back what is rightfully his. Staying true to the classic story, Favreau utilizes pioneering filmmaking techniques to bring the iconic characters to the big screen in a whole new way. 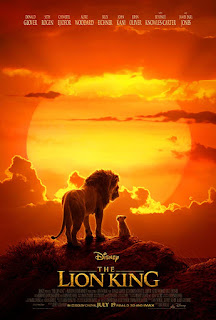 Disney is back with a new remake of a classic animated film, and this time it’s their highly anticipated “photo real” interpretation of The Lion King! I was incredibly excited for this movie, due to my love of incredible visual effects, as well as the all-star cast, and after sitting on the movie for a few days, I’ve come to the conclusion that this remake is good, but completely unnecessary.

The visual effects in this movie are jaw dropping. The scenery is absolutely beautiful, and details like fur on the animals are A+. The only time I actually had problems with the visual effects were on the emotions of the animals, specifically with the lions. Spoiler alert, Mufasa dies in The Lion King, and after seeing the film, I can honestly say that nothing compares to the emotion you see and feel in the animated version. These CGI lions cannot express the way the story needs them to, because anatomically lions cannot move their faces in that way. Another area that I notice this, is when the lions are singing.

The music in the movie is fantastic, they’re all the same as you remember, except “Be Prepared” is shorter and somewhat underwhelming, and Beyoncé has a song that isn’t actually sung by her character Nala in the movie, it’s just playing over a montage. All the other songs are fantastically redone with the new voice cast and they all sound great. But the VFX of talking, or in this case singing, animals just don’t hold up. I can only watch a lion open it’s jaw up and down so many times before I realize that it doesn’t actually look like they’re singing. I don’t think this will take away from most people’s enjoyment, but me being the way I am, it stood out very early on.

The scene stealers are most definitely Timon and Pumbaa, played by Billy Eichner and Seth Rogen. Both characters are absolutely hilarious in this movie, and they stand out even more so because their dialogue mostly consists of improvisation, which is rare in this movie. Every line throughout The Lion King seems to be identical or very close to its’ original, but Timon and Pumbaa are a breath of fresh air, because you never know what they’re going to come up with!

Overall, I enjoyed myself with this movie, but actually think I would prefer to watch the original every time over this one. Unlike with Aladdin, that felt and looked fresh, The Lion King seems to play it incredibly safe by changing almost nothing, while not bringing much more to the table, and what they do change, is probably on the negative side of things. The emotion from an animation comes through with every frame, but when a story like this seems to have some characters that cannot help but give “wooden” performances, I was left feeling like something was missing. I recommend you checking it out on the biggest screen you can, because it truly is photo real, but don’t expect it to out due one of the most touching stories of all time.