'Men in Black: International' is awkward but entertaining - Jazzlynn's Review 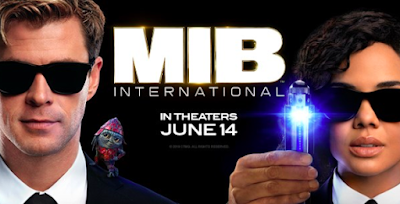 Read Jazzlynn's review of Men in Black: International. The Men in Black have always protected the Earth from the scum of the universe. In this new adventure, they tackle their biggest, most global threat to date: a mole in the Men in Black organization. 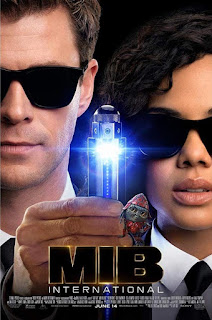 As a huge Men in Black fan, I was extremely excited to learn that there would be a new one. When I found out Tessa Thompson, Chris Hemsworth, and Kumail Nanjiani would be attached to the project I was absolutely sold. What I saw didn’t disappoint me, but it did deflate my opinion just a tad bit. I tried going into the theater with a fresh and unbiased opinion, so that I could thoroughly enjoy the movie without comparing it to the originals.

A secret organization that had once seen the days of saving the world every other day like it was nothing, has succumbed to a confusing and low stakes plot. The main villain behind everything, The Hive, was the poorest setup of a villain I have seen in a very long time. The only good dialogue came from Kumail Nanjiani's character Pawny and Tessa Thompson’s character Agent M. Everyone else, undoubtedly good actors, had very little to work with in terms of their character’s dialogue.

In terms of whether or not it was visual appealing: it absolutely was. There were many scenes that seemed so real and lifelike. The transitions were seamless and properly executed as well.

There was enough distraction in the movie from the awkward storyline that I didn’t mind it as much while in the theater as I do while writing this. It’s an entertaining movie while it lasts, but stops as the credits roll and you take your exit.