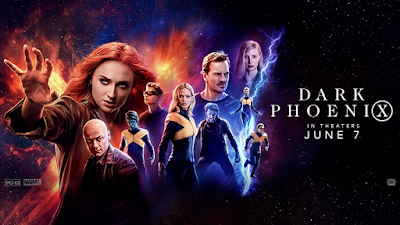 Read Dulce's review of Dark Phoenix. Jean Grey begins to develop incredible powers that corrupt and turn her into a Dark Phoenix. Now the X-Men will have to decide if the life of a team member is worth more than all the people living in the world. 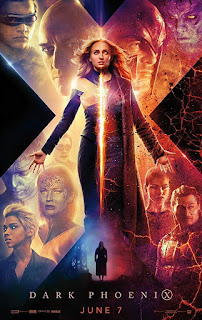 Dark Phoenix is the last known X-Men movie to date. With beloved stars such as Dark Phoenix herself Sophie Turner and her castmates; Jennifer Lawrence, James McAvoy, Michael Fassbender, Nicholas Hoult, Evan Peters, Jessica Chasstain, and much much more this movie was just as important in bringing together the end of the X-Men as End Game did for the Avengers.

Before watching it, heard a lot of negative comments surrounding Dark Phoenix . Because of this and the fact that i forgot, I didn't watch the trailer so going into the theatre to watch the movie I was fully captivated by the storyline and how it all played together.

Unfortunately when it finished i couldn't help but feel disappointed with the ending. Besides a few parts where I cringed and felt the scene could have been redone, the plot felt rushed and jumbled together. As though they tried to mimic previous movies but squeezed the ending into one movie instead of taking their time to form the enemy and plot. Instead it felt as though the enemy they were facing was placed there just as a stepping stone and helping hand for Jean Grey. It made me, as part of the audience feel like the production was not given the amount of time necessary to make a better storyline and/or performance. Without any spoilers, I would not recommend this movie if you consider yourself a fan of the X-Men franchise unless you want to be disappointed.

Disclaimer: I am not a diehard fan of marvel to the point where i have read the comics but i have watched all the movies and can say that Dark Phoenix was a let down. 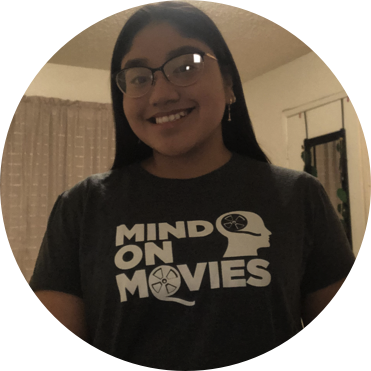 Dulce (Contributor) was born and raised in Los Angeles, CA. She attends college and loves hanging out with friends at the movies to see the latest romantic comedy, drama, or thriller. She also enjoys going to concerts and spending quality time with family.
Click Here to check out Dulce's Articles.
Posted: June 08, 2019
Labels: DulceVazquez19, Reviews19
Newer Post Older Post
Subscribe to: Post Comments (Atom)
Subscribe to Mind on Movies for Movie Screenings and Giveaways.