'The Sun is Also a Star' is cute - Ashley's Review 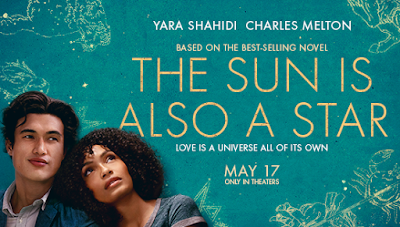 Read Ashley's review of The Sun is Also a Star. “What if I told you I could get you to fall in love with me…?” College-bound romantic Daniel Bae and Jamaica-born pragmatist Natasha Kingsley meet—and fall for each other—over one magical day amidst the fervor and flurry of New York City. Sparks immediately fly between these two strangers, who might never have met had fate not given them a little push. But will fate be enough to take these teens from star-crossed to lucky in love? With just hours left on the clock in what looks to be her last day in the U.S., Natasha is fighting against her family’s deportation as fiercely as she’s fighting her budding feelings for Daniel, who is working just as hard to convince her they are destined to be together. A modern-day story about finding love against all odds, “The Sun Is Also a Star” explores whether our lives are determined by fate or the random events of the universe. 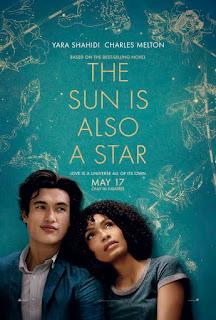 The Sun is Also a Star is based on a best selling book of the same title. It follows the day of two teenaged students who make a bet to see if Daniel Bae (Charles Melton) can get grounded Natasha Kingsley (Yara Shahidi) to fall in love with him over the course of one day. Can this romance blossom on the big screen or is better left in the book?

Going into this movie I was expecting the same cheesy, teenaged romance films that have been made time and time again. The Sun is Also a Star however had more appeal to it because of its humor and chemistry between the starring cast. Melton and Shahidi took this story to another level as they dealt with drama through immigration, racism and more. It had a fantasy feel to it that kept me intrigued while also having a grounded approach.

While it had its fair share of cute and dramatic scenes, about 30 minutes (okay maybe I’m exaggerating) were of shots of New York City. At first it was nice to see the inclusion of what looked like an ordinary day in the city but it quickly began to dilute the interest in the movie. It was almost as if someone on the production team got a drone and could not wait to show off their skills.

Despite this, the film was still one of the cutest romantic movies so far this year. It had the right amount of cheesiness, humor and drama that is worth adding to your list of romance movies to watch multiple times.