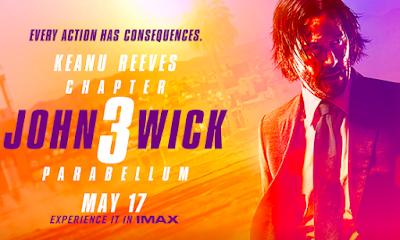 Read HoBin's review of John Wick: Chapter 3. In this third installment of the adrenaline-fueled action franchise, super-assassin John Wick (Keanu Reeves) returns with a $14 million price tag on his head and an army of bounty-hunting killers on his trail. After killing a member of the shadowy international assassin’s guild, the High Table, John Wick is excommunicado, but the world’s most ruthless hit men and women await his every turn. 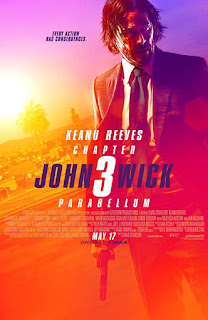 What are the audiences/fans expectation from John Wick series? It’s simple. We are not expecting great story or subtle plot from this series. The simple reasons we like this series are this series provides us great actions with charming assassin universe.

Since the chapter two, series has been expanded its universe and quality of action. And our talented director Chad Stahelski, knows what audience wants, and why people loves this series. And he delivers what people wants and present what he does best.

JW3 contains much more actions than preceding chapters. Quality and length of choreography, number of body counts are best in series. Especially all the long take choreographic scenes based on judo, jujitsu and other martial arts are priceless. It was full of beauty and definitely evolved from previous series. If you liked previous chapter, you cannot resist it and you will love it. Harmony between actors, stunt team, and moves make harmony and looks like art.

Casts’ performance was fantastic. Keanu was John Wick himself, and new cast including Halle Berry, and Mark Dacascos were very charming and charismatic.

Maybe some critics will point out about simplicity of plot and story but that’s not really important in John Wick. While we are talking about stories/plot, John Wick might already killed 5 more people.

If you liked this franchise, you will enjoy this one as well.

HoBin (Contributor) currently works in Baltimore. He has been a fan of movies most of his life. He enjoys all genre's of movies but especially Action Thriller with Drama. He also enjoys playing/watching tennis.
Click Here to check out HoBin's Articles.
Posted: May 17, 2019
Labels: HoBinKim19, Reviews19
Newer Post Older Post
Subscribe to: Post Comments (Atom)
Subscribe to Mind on Movies for Movie Screenings and Giveaways.