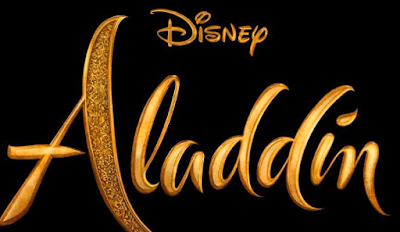 Read Ashley's review of Aladdin. A thrilling and vibrant live-action adaptation of Disney’s 1992 classic, “Aladdin” is the exciting tale of the charming street rat Aladdin, the courageous and self-determined Princess Jasmine and the Genie who may be the key to their future.

If you were the Genie in Disney’s Aladdin & could grant 3 wishes for a friend, who would you share them with? Tag them with #FriendLikeMe on Twitter & Instagram. For every public post from 4/29–5/24/19, Disney will donate $5 up to $1M to @MakeAWishAmerica! FriendLikeMe.org 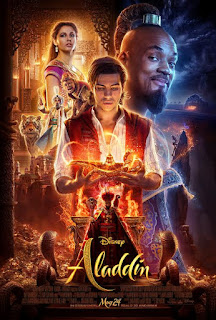 Mena Massoud stars as Aladdin, a pick pocket with a heart of gold. He meets Princess Jasmine, played by Naomi Scott, at the time disguised as a commoner and they instantly bond. When a series of events unfolds Aladdin gets caught up with the evil sorcerer Jafar, Marwan Kenzari. Aladdin meets a genie played by Will Smith and he tries to get Jasmine to fall in love with him.

I’m sure you all know the story, boy meets girl, then meets evil sorcerer, finds a genie, they become best friends, boy defeats evil sorcerer and gets the girl.

I grew up in the golden age of Disney, I’ve probably seen Aladdin more than 100 times. I didn’t initially have a good feeling about this movie and I disliked the cast immediately. I will say I was very impressed with Naomi’s portrayal of Jasmine, she was by far the best of the cast. I felt nothing for Aladdin, there wasn’t anything that drew me into his character. Jafar was definitely the worst, he wasn’t evil enough. Jafar is supposed to be this cringy, super evil villain and I just didn’t feel that in Marwan’s delivery. It was definitely hard to get used to Will Smith as the Genie...he had big shoes to fill. It was his own take - he wasn’t trying to be Robin Williams and I think that it worked in a way.

The magic was lacking in this film...I needed MORE. A friend like me was ok....could’ve been better. The magic carpet scene wasn’t as heartwarming as I thought it would be. Also wanted to see Jafar turn Raja into a baby tiger, one of my favorite scenes in the animated film. All in all they followed the plot almost identically and I liked the new addition Jasmine’s song.

I think kids and families will enjoy this film, I feel pretty neutral on it.