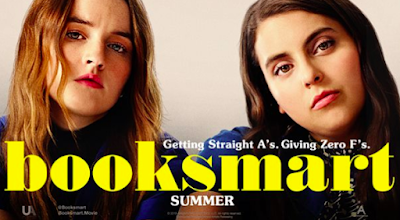 Read Steve's review of Booksmart. On the eve of their high school graduation, two academic superstars and best friends realize they should have worked less and played more. Determined not to fall short of their peers, the girls try to cram four years of fun into one night. 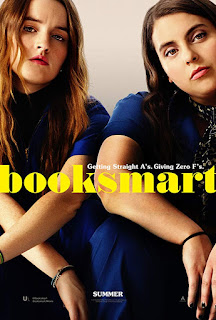 Molly (Beanie Feldstein) and Amy (Kaitlyn Denver), best friends and academic superstars, realize on the eve of their high school graduation, that they should have worked less and played more throughout their time there. Determined not to fall short of their high school peer's experiences, the girls try to cram four years of fun into one epic night.

I was excited going into this movie as I have grown to really love seeing Beanie Feldstein ever since her ridiculous turn in Neighbors 2: Sorority Rising, to see Olivia Wilde step behind the camera for the first time as the films director, and to see Billie Lourd. All three delivered and made Booksmart a fun, raunchy and quirky ride.

The film drives home the underlying close friendship of Beanie and Kaitlyn's characters, anchoring the story built around an endearing and true friendship. While the movie veers into the various (and hilarious) hi-jinx they get into on their quest to get into THE premier party, their friendship is a common thread that keeps it grounded.

I was extremely satisfied with Olivia Wilde's directorial debut, and the performances given by Beanie and Kaitlyn as well as the supporting cast and I hope to see more of all of them in the future!