'The Curse of La Llorona' does not live up - Ashley's Review 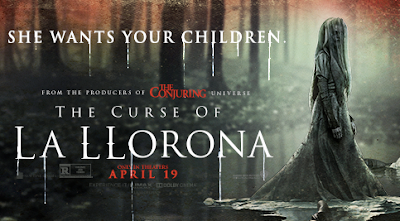 Read Ashley's review of The Curse of La Llorona. La Llorona. The Weeping Woman. A horrifying apparition, caught between Heaven and Hell, trapped in a terrible fate sealed by her own hand. The mere mention of her name has struck terror around the world for generations. In life, she drowned her children in a jealous rage, throwing herself in the churning river after them as she wept in pain. Now her tears are eternal. They are lethal, and those who hear her death call in the night are doomed. La Llorona creeps in the shadows and preys on the children, desperate to replace her own. As the centuries have passed, her desire has grown more voracious…and her methods more terrifying. The film stars Linda Cardellini (Netflix’s “Bloodline,” “Avengers: Age of Ultron,”); Raymond Cruz (TV’s “Major Crimes”); Patricia Velasquez (TV’s “The L Word,” “The Mummy” films); and Marisol Ramirez (TV’s “NCIS: Los Angeles”). The cast also includes Sean Patrick Thomas (the “Barbershop” films, “Halloween: Resurrection”), Jaynee-Lynne Kinchen (“Selfless”) and newcomer Roman Christou. 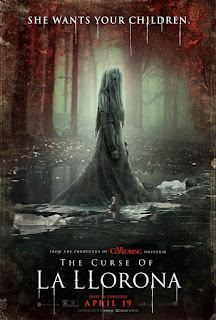 The Curse of La Llorona is about the Mexican folklore of the weeping woman. The movie is set in 1970s Los Angeles where the notorious ghostly woman is terrorizing a woman and her children. A social worker is put on the case and she opens up the terror upon her own family. Can this movie live up to the legendary tale?

The backstory of this horrific tale could have really made something visually terrifying. Many people grew up on this story of the weeping woman being passed down from generation to generation. Instead it relied on jump scares and a less than thrilling build up. I was expecting to be on the edge of my seat with the tale that so many people grew up on however it felt like the plot only grazed the surface level of fear.

The acting left more to be desired and made it feel more like a B level movie. Several scenes where there should have been a feeling of terror or curiosity, the actors’ faces look dull and disinterested. There was also comic relief added that came off as corny instead of providing actual laughter. The connection to the Conjuring series is probably the best part of this movie and made me want to go back and watch those instead.

The Curse of La Llorona did not live up to its expectations. It turned the popular, creepy folklore into something almost laughable and silly. If you are a fan of the Conjuring or enjoy a jump scare or two then I would watch his movie at least once.