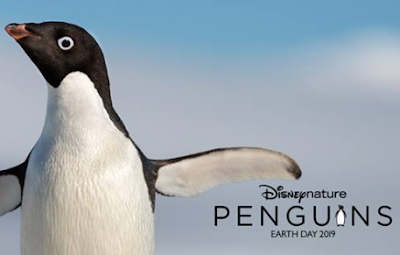 Read Ashley's review of Disneynature’s Penguins. Narrated by Ed Helms (“The Office,” “The Hangover” trilogy,”The Daily Show with John Stewart”), Disneynature’s all-new feature film “Penguins” is a coming-of-age story about an Adélie penguin named Steve who joins millions of fellow males in the icy Antarctic spring on a quest to build a suitable nest, find a life partner and start a family. None of it comes easily for him, especially considering he's targeted by everything from killer whales to leopard seals, who unapologetically threaten his happily ever after. 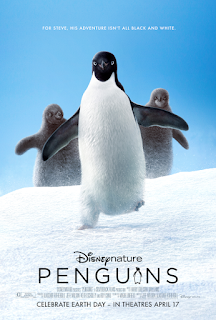 Disneynature’s Penguins opens in theaters and in IMAX® April 17, 2019.

Penguins is Disney Nature’s latest film highlighting the coming-of-age of an Adélie penguin named Steve. At five years old, he joins millions of other male Adélies in the Antarctic to find a life mate. Along the way he faces several difficulties showing how many things threaten this species. Can Disney Nature grab the hearts of viewers once more?

Unlike some nature documentaries, this one uses lots of humor to tell its story. It uses comedian Ed Helms as the narrator which adds a comical element to it. Helms as the penguin named Steve is laugh at loud funny at times and at the very least lots of “dad humor”.

Another differing element to the documentary is its soundtrack. There were some great songs used to that may have you humming and tapping along to the familiar tunes. One of them may be a little cringeworthy however the cute, fun shots of the penguins make up for it.

Disney Nature: Penguins has enough beautiful cinematography and up close footage of the Adélie penguins to set a record of how many wow’s and aww’s you can hear in a theater. It was a fun and informational way to learn about the world’s classy little birds.