Read Anthony's review of Shazam! We all have a superhero inside us, it just takes a bit of magic to bring it out. In Billy Batson’s (Angel) case, by shouting out one word—SHAZAM!—this streetwise 14-year-old foster kid can turn into the adult Super Hero Shazam (Levi), courtesy of an ancient wizard. Still a kid at heart—inside a ripped, godlike body—Shazam revels in this adult version of himself by doing what any teen would do with superpowers: have fun with them! Can he fly? Does he have X-ray vision? Can he shoot lightning out of his hands? Can he skip his social studies test? Shazam sets out to test the limits of his abilities with the joyful recklessness of a child. But he’ll need to master these powers quickly in order to fight the deadly forces of evil controlled by Dr. Thaddeus Sivana (Strong). David F. Sandberg (“Annabelle: Creation”) directs New Line Cinema’s “Shazam!,” the origin story that stars Zachary Levi (TV’s “Chuck”) as the titular DC Super Hero, along with Mark Strong (the “Kingsman” movies) in the role of Super-Villain Dr. Thaddeus Sivana, and Asher Angel (TV’s “Andi Mack”) as Billy Batson. Peter Safran (“Aquaman,” “The Conjuring” and “Annabelle” films) produced the film. “Shazam!” also stars Jack Dylan Grazer (“IT”) as Billy’s best friend and ultimate superhero enthusiast, Freddy, and Oscar nominee Djimon Hounsou (“Blood Diamond”) as the Wizard. The cast also includes Faithe Herman (TV’s “This is Us”), Grace Fulton (“Annabelle: Creation”), Ian Chen (TV’s “Fresh Off the Boat”), Jovan Armand (TV’s “Hawaii Five-0”), Marta Milans (TV’s “Killer Women”) and Cooper Andrews (TV’s “The Walking Dead”).

We all have a superhero inside us, it just takes a bit of magic to bring it out. In Billy Batson's case, by shouting out one word - SHAZAM! - this streetwise fourteen-year-old foster kid can turn into the adult superhero Shazam.

Finally! DC has hit one of of the freaking park. They took a play out of Marvels playbook but definitely made it their own. Typically DC has been known to have an extremely dark type of film with maybe a few comedic moments throughout. Shazam was an extremely funny movie while keeping the villainous aspect true to the original DC game plane.

Zachary Levi, playing Shazam, and Asher Angel, playing Billy Batson, both had an amazing amount of screen time and I was thoroughly impressed to see how even we got to see the two of them perform. The film also had some super cool use of symbolism and plot points. Not a whole lot but the few they had were extremely well done.

The film did seem to dwell on the high school drama for a little bit too long. I understand trying to figure out your powers, however we could’ve done with a few minutes less of it. Seemed to drag on for a little while before things got serious again.

While there was one issue I had with the villain, played by Mark Strong, and the wizards, played by Djimon Hounsou, meeting for the second time, kind of a why didn’t you just smite him there type of thing, the villain became bad a**. Super scary and backed with an actor like Mark Strong we got a powerhouse for the bad guy.

Also the lore for the film, like the wizards and magic powers and where they came from, was super cool. They really didn’t go into it a whole lot which would’ve been nice to see, but I envision that they’ll probably have a sequel in which they get to the meat and potatoes on all of that stuff.

This was a crazy turn of events for DC and they absolutely did a fantastic job. 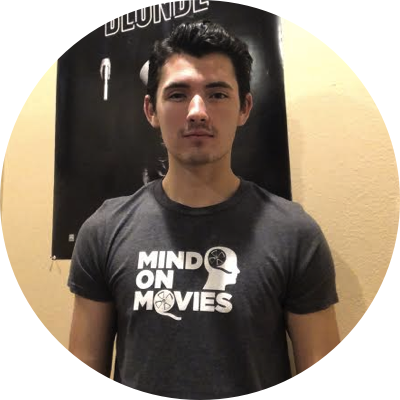