'Isn't it Romantic' is perfect for friends - Johnny's Review 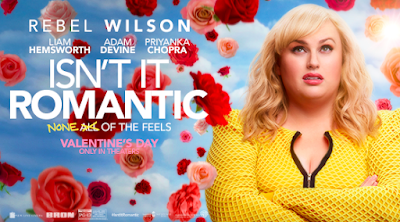 Read Johnny's review of Isn't it Romantic. New York City architect Natalie works hard to get noticed at her job but is more likely to be asked to deliver coffee and bagels than to design the city’s next skyscraper. And if things weren’t bad enough, Natalie, a lifelong cynic when it comes to love, has an encounter with a mugger that renders her unconscious, waking to discover that her life has suddenly become her worst nightmare—a romantic comedy—and she is the leading lady. 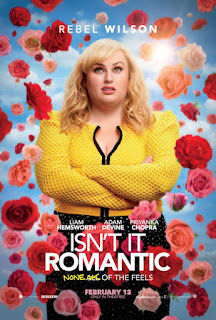 This isn’t your typical romance film and it is probably for the best that it isn’t. The film stars Rebel Wilson as Natalie a New York architect. From the get go Natalie is a cynic for all things that are even close to romantic. She may have been burned before but the viewer gets no indication of what may have happened in her past. Daily life for her doesn’t seem easy, she is trying her best to get noticed at her job, but it just isn’t working. People think that she is the coffee girl, and honestly no offense to real assistants, that has to hurt. While heading home from an exhausting day of work she hits her head. When she wakes up she is in the hospital and everything is not what it seems. Natalie is in a new and magical world, one that resembles a romantic comedy.

This film has all the perfect parody tropes, there are so many references you may want to go back and watch it again. Rebel Wilson does a good job of portraying Natalie and exposing the many issues with classic romance comedies including, but not limited to: gay best friends, unrealistic expectations, feuding women, and happy endings. This is not to say that I agree with what the movie was trying to do. Many romantic classics have gained a special place in the hearts of millions and there is a reason that they are making a huge comeback.

By ripping the genre apart and showing the audience the real truth they fail to add anything new or justifying. The very thing it was trying to avoid is its downfall. The ending although satisfying is extremely predictable. This type of predictability could have been approached in a more genre defining way. Overall this was a smart-comedy that tried too hard to push the limits. If you’re looking for a laugh, I suggest rounding up some friends because this story will hit the right spot.