'Fighting with my Family' is well balanced - Ashley B's Review 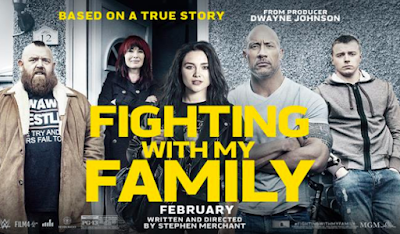 Read Ashley B's review of Fighting with my Family. Fighting with my Family is a heartwarming comedy based on the incredible true story of WWE Superstar Paige™. Born into a tight-knit wrestling family, Paige and her brother Zak are ecstatic when they get the once-in-a-lifetime opportunity to try out for WWE. But when only Paige earns a spot in the competitive training program, she must leave her family and face this new, cut-throat world alone. Paige’s journey pushes her to dig deep, fight for her family, and ultimately prove to the world that what makes her different is the very thing that can make her a star. 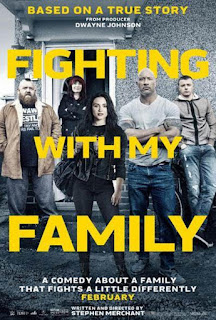 Fighting with my Family is in theaters on February 22nd, 2019.

Fighting with my Family tells the story of WWE diva Saraya “Paige” Knight and her journey to becoming the wrestling star that she is. Born to a family of wrestlers, she cannot avoid her destiny and ends up with the opportunity of a lifetime while fighting with her own struggles. Can this sports comedy gain appeal and reach more than just wrestling fans?

We have all seen those cliche feel good sports movies where everything seems to fall perfectly into place but this one is set up more like a documentary. It highlights the imperfections and realistic qualities of Paige’s family making it difficult to remember that this is a movie based on a true story instead of a documentary.

The cast of this movie really stole the show because they really helped in getting invested in the story. Even if you don’t like wrestling, they all loved wrestling for various reasons and you could feel the intensity of it during the movie which makes you feel more in tune with the sport. Florence Pugh as Paige was perfectly cast because she embodied her personality and story in a way that felt so authentic. The supporting cast was also spot on because of the way they interacted with one another and the range of emotions they evoked from the audience.

The comedy was well balanced within the story and I don’t think I have ever watched a sports movie based on a true story get that many laughs. There were even empowering moments and the movie found the perfect balance between the two. Everything was paced well between the humor and the emotional moments until the end where it started to feel rushed and left something to be desired.

Despite this it is still a movie worth watching. It overcomes the cliche of sports comedies while having a high level of energy enough to get both wrestling and non wrestling fans involved in Paige’s story.