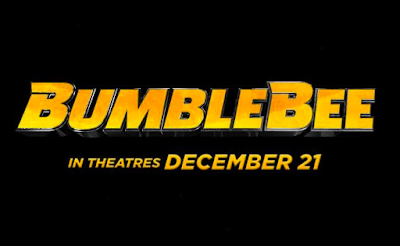 Bumblebee On the run in the year 1987, Bumblebee finds refuge in a junkyard in a small Californian beach town. Charlie (Hailee Steinfeld), on the cusp of turning 18 and trying to find her place in the world, discovers Bumblebee, battle-scarred and broken. When Charlie revives him, she quickly learns this is no ordinary, yellow VW bug. 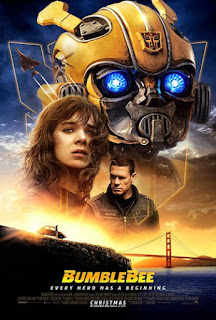 There were several movies and TV shows that had a big impact on me when I was a kid. Star Wars, Back to the Future, and the original Transformers cartoon and animated movie. I have cherished memories of these franchises and so it shouldn’t come as a surprise that I’m unhappy about the recent Transformers movies. That all changes with Bumblebee, it is by far the best movie in the series and is how it should’ve started off in the first place.

During a war on Cybetron, the Autobots are losing to the Decepticons and have to flee to seek refuge. Leader, Optimus Prime tells B-127 aka Bumblebee to go to Earth and set up a base while waiting for his team to arrive. After being beaten by a Decepticon attack Bumblebee takes the form of a Volkswagen Beetle and is lost in a junk yard. When he’s discovered by Charlie Watson (Hailee Steinfeld), who is turning 18 years old while struggling with the loss of her father, the two create a bond and go on an adventure. This is set in the 80’s as a spin-off prequel to the Michael Bay Transformers movies.

This finally looks and feels like Transformers. The simplicity, charm and energy comes out of the screen, from its opening minutes and right to the very end. You can tell that director, Travis Knight has a passion for these characters. Not only does he bring back the original animated robot designs but he also brought back the sound effects as well. The action sequences are off the charts. Mostly due to the fact you can actually see and distinguish what is going on by using wide angle shots, but the set pieces and sequences themselves are genuinely really well made. The soundtrack plays great into all of that, too.

Hailee Steinfeld who is the first female lead for the franchise delivers such a great performance and you actually care about her. She has a good character arc and with having a good backstory as well. Her relationship with Bumblebee is so sweet, heartwarming, hilarious and really makes you smile a lot in the movie.

Bumblebee himself is crafted as a really great, sweet, endearing character who was able to get a lot of personality and expression out of through some great CGI. The relationship and chemistry they build with Bee and Charlie is absolutely delightful too, you really buy into their friendship and it just warms the heart. John Cena as Agent Burns was serviceable and showed his best with the comedic moments. Charlie’s neighbor, Memo (Jorge Lendeborg Jr.) was a good sidekick. Angela Bassett and Justin Theroux voice the evil Decepticons Shatter and Dropkick.

Bumblebee is a well balanced adventure film. It’s fun, exciting, and silly at times, but it also has a ton of heart and emotion. I got a lump in my throat more than once. It knows it’s a movie based on toys, but it also knows that doesn’t have to limit itself to explosions and loud noises. I can’t wait for the next one.