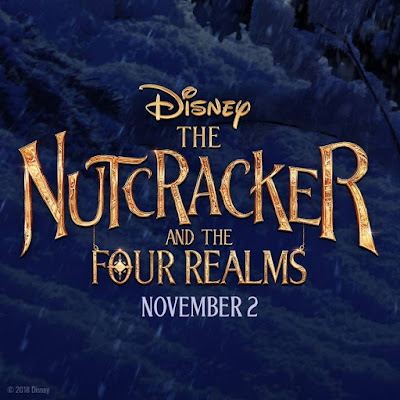 Read Ashley B's review of The Nutcracker and the Four Realms. All Clara (Mackenzie Foy) wants is a key – a one-of-a-kind key that will unlock a box that holds a priceless gift. A golden thread, presented to her at godfather Drosselmeyer’s (Morgan Freeman) annual holiday party, leads her to the coveted key—which promptly disappears into a strange and mysterious parallel world. It’s there that Clara encounters a soldier named Phillip (Jayden Fowora-Knight), a gang of mice and the regents who preside over three Realms: Land of Snowflakes, Land of Flowers and Land of Sweets. Clara and Phillip must brave the ominous Fourth Realm, home to the tyrant Mother Ginger (Helen Mirren), to retrieve Clara’s key and hopefully return harmony to the unstable world. Starring Keira Knightley as the Sugar Plum Fairy, Disney’s new holiday feature film “The Nutcracker and the Four Realms” is directed by Lasse Hallström and Joe Johnston, and inspired by E.T.A. Hoffmann’s classic tale. 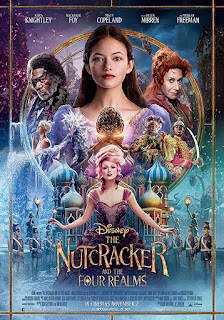 The Nutcracker and the Four Realms is in theaters on November 2nd, 2018.

True to Disney’s fashion, this movie is full of fantasy and magic and creates a sense of wonder. That wonder sometimes falters during this movie however because of the cliche and shaky plot it has. There were times were I lost interest because of how slow the storyline moved and made me wonder how and when it was going to end. Also many scenes seemed to go off on a tangent then redirect to the main story without finishing the subplot.

During those times I focused on the visuals instead. The scenery was beautiful and mysterious especially with the different theming of each of the four realms. It was interesting to see each of them with their costumes and makeup that matched perfectly. The detail and creativity that went into them was enough to keep my interest.

This is not one of those movies that teaches a life lesson either. I found myself chuckling at the blatant favoritism from the parents, the oversexualization of the Sugarplum fairy and the overall jumbled mess of characters. It was almost too much to bare at times and I wondered what the writers were going for from writing it like that.

Despite the lacking plot and forgettable characters, I still enjoyed watching this movie but don’t think I will be watching again in the near future. I prefer the classic story of the Nutcracker but the Nutcracker and the Four Realms is entertaining enough to watch at least once.