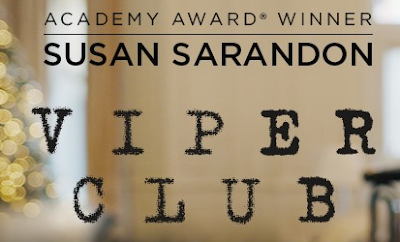 Read Kelsi's review of Viper Club. ER nurse Helen Sterling (Susan Sarandon) struggles to free her grown son, a journalist captured by terrorists in the Middle East. After hitting walls with the FBI and state agencies, she discovers a clandestine community of journalists, advocates, and philanthropists who might be able to help. 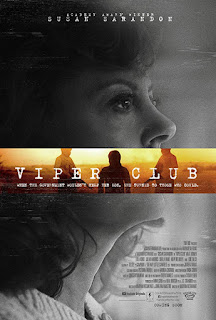 Viper Club is in select theaters on November 2nd, 2018.

Just when she thought she had enough to save her son, it was too late. This terribly depressing film, starring Susan Sarandon, focused on the story the media doesn’t like to tell us. This is the story of a young journalist who risks it all. Doing so, by going into the depths of a war zone to tell the stories of those whose families and homes are being caught in the crossfire.

In the midst of it all, Helen’s (Sarandon) son is captured by terrorists overseas and held for ransom. Trying to work together with the FBI in hopes that they would help her get her son back, they push her away instead. Forced to take things into her own hands, Helen rally’s together with those that are willing to help. When she has finally secured exactly what the terrorists asked for, she’s relieved and able to relax. However, with a gut wrenching end to this film, you watch as things do not go as planned.

Susan Sarandon plays a wonderful role in the film as a mother, nurse, and mentor. As you’re watching this movie, you might expect it to take a drastic and dramatic turn. Instead though, you get hit with reality. The films unusually realistic story brings about fear and realization that this can happen to anyone that steps out of U.S. territory. If you’re looking for action and drama, you won’t find it here. This is a serious, yet well played, film in which you just go along with whatever Hellen decides to do next. While all the while, having high hopes that her son will soon return.