'Overlord' The zombie movie you’ve been waiting for - Anthony's Review 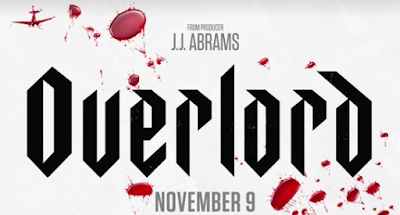 Read Anthony's review of Overlord/ With only hours until D-Day, a team of American paratroopers drop into Nazi-occupied France to carry out a mission that’s crucial to the invasion's success. Tasked with destroying a radio transmitter atop a fortified church, the desperate soldiers join forces with a young French villager to penetrate the walls and take down the tower. But, in a mysterious Nazi lab beneath the church, the outnumbered G.I.s come face-to-face with enemies unlike any the world has ever seen. From producer J.J. Abrams, Overlord is a thrilling, pulse-pounding action adventure with a twist. 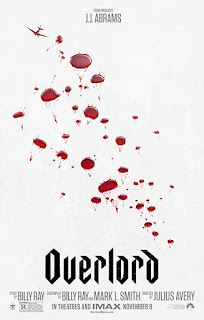 The story of two American soldiers behind enemy lines on D Day.

I want to start out by saying that this movie was phenomenal. There really weren’t that many issues with any of it. To begin with it all I was happily surprised with how well done the cinematography was. It certainly wasn’t every scene that we saw had superb camera angles and whatnot but they had a flawless execution when they were really going for something a little different and it paid off tremendously.

The acting was also pretty darn spot on. When we see the war we see the fear in the soldiers fighting it. The nazi’s felt evil. Which is one thing I was super excited to see because I feel like a lot of films dont project nazi’s in as evil of a light as they should be shown in. And this film hit that nail right on the head for me.

The film had some real good pacing with how the story progressed and how new characters were introduced. The only part that felt rushed might’ve been the ending however I can see that the plot was over so they might’ve just been trying to get off screen as quick as possible? They probably could’ve slowed that down a little bit but the rest was without complaint.

We also got to see a really good type of character development with the protagonist. He went from a mousy, pun intended, fearful man to a fearful zombie killing soldier. It was real solid and I enjoyed seeing that character change throughout the film.

The film also wasn’t nearly as scary as I had anticipated it all to be. Which one I’m grateful for because I feel like that was due to them not completely relying on the zombies to tell the story. It felt like a war/action movie with some zombies sprinkled in on top more than anything else which did a lot for the movie. And two I and just not a huge fan of “scary” things which is more personal choice than anything else but the point stands.

For those who are still in the mood for one last creepy/scary film right before Thanksgiving is upon us this would be the perfect pick. Not to much scary, and just in time to let those ghoulish thoughts start to die down.