Mind on Movies wants to share with you about Olaf’s Frozen Adventure Being PULLED from Coco effective Friday, December 8. 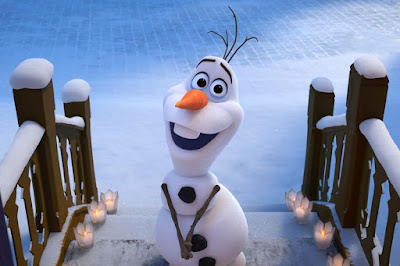 If you have ever seen a Pixar movie you are probably familiar with the short films that are shown prior to the main event. These short films are usually “home-made” with unfamiliar characters and typically not related to the movie you are anticipating on watching. Nonetheless they do an excellent job at storytelling and are *keyword* short lasting no longer than maybe five minutes.

This has changed with the latest Pixar film Coco where movie goers got to see a 22-minute short titled “Olaf’s Frozen Adventure” before getting to the actual 1 hour and 49 minute movie. The short was originally going to be shown as a holiday special on ABC and a sequel to the movie Frozen and Frozen Fever (which was shown before the 2015 re-make of Cinderella).

However after much backlash for things such as Olaf’s short being too long and a borderline self-promotion for Frozen 2 (estimated released November 2019), Disney has decided to remove it completely which will go into effect Friday, December 8.

By removing Olaf’s Frozen Adventure, Disney has requested that theaters use the extra time to hold more screenings of Coco throughout the day. Mexico had already cut it prior to Disney’s global decision due to the strong resentment it received. Despite all of the recoil, Coco has done very well in the box office raking in $2.8 million as of December 3rd.

If you have seen the short, what did you think? Are you a fan of shorts in general? Let us know