Read Mind on Movies review of KINGSMAN: THE GOLDEN CIRCLE. Does this movie live up to the previous one? 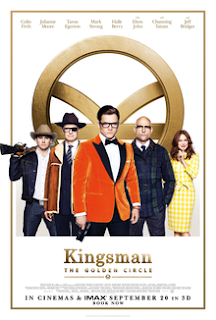