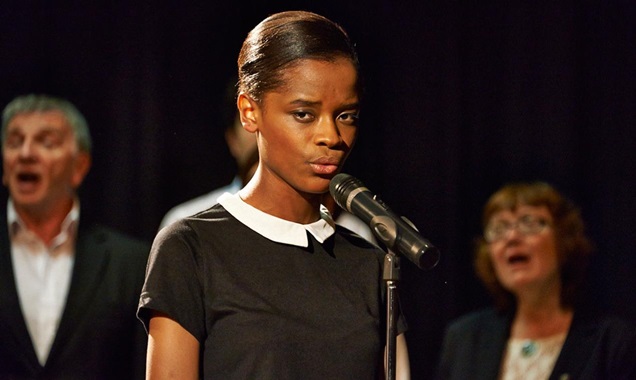 Urban Hymn is the story of Jamie (played by Letitia Wright), a troubled teen trapped in the crime lifestyle. When Social worker Kate (played by Shirley Henderson) starts a new step in her career at Alpha House, a safe place for rebellious teens she develops a heart to help Jamie escape her depressing life. But Jamie is now torn between Kate and all of her rebellious friends trying to hold her back.

This very original british film was released on May 12th, 2017 and was directed by Michael Caton-Jones. It is his first film since 2006’s Basic Instinct 2. It is a very depressing but yet uplifting coming-of-age film. The tone majorly helped with giving a depressing feel for the movie. The way it was shot and the set design leaves the audience in disgust. While this film did have great intentions, it lacks in its acting. The performances from the main cast just was not there and it doesn't have the audience as engaged as I would have like. Now don’t get me wrong, this film was enjoyable to watch. The story was actually very engaging but the execution of it on screen just did not hit the mark. It is just is not a film that I would ever want to watch again. This is due to the lacking acting and it honestly had me bored at some points in the film. All of this just resulted in a mediocre film...not a bad film...just mediocre.

Like I said before Urban Hymn is not a horrible movie. It is just not too memorable and that was the majority of what was lacking. The acting was also noticeably not up to par with films of this genre. Like I said the story was great, It took me on a crazy journey of Jamie leaving the teen years and moving to adulthood. But I just really wish this film could've taken me on a more emotional rollercoaster but it just didn't quite hit its mark. Overall this film is just okay. If you see it on the television it may be a fun watch but besides that there are not enough redeeming qualities to make it worth watching.