Review: The Book of Henry 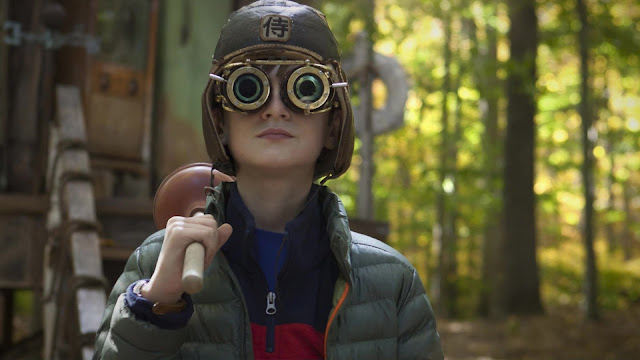 Book of Henry is an emotional roller coaster.

This is a film about a mother and her two boys. Her eldest son, Henry, is extremely intelligent and often times acts more like a parent than a child.

I don't want to give that much away, too much information can ruin the experience. I say experience because that's what it felt like while watching this film. I laughed, I cried, at one point I felt my heart drop to my stomach.

I will say if you don't like emotional movies or you cry a lot, you might want to steer clear of this movie. If you like movies that fully immerse you - this is your film. I can't think of another movie like it so I can't compare it to anything. I would definitely watch it again and if you've seen it let me know what you thought!

11-year-old Henry is the puzzle piece that holds his family together. He is a genius that excels at anything he puts his mind to including taking care of his single mother's finances and protecting his younger brother from school bullies. As he develops a crush on his next door neighbor Christine, he learns about her abusive step-father and creates a thrilling plan to put an end to it.

This film is a tearjerker so make sure you bring a tissue or two just in case. From the beginning you can tell this movie is going to be a drama because of the music it starts with that is melancholy along with various book illustrations in the background. Also the film deals with child abuse and illness and though the abuse scenes do not get graphic and are more so implied, it is enough to make your heart sink.

This film can almost be broken down into 3 parts with part 1 being the introduction to the family and their friends, part 2 being downright sad to the point where I saw several people around me including myself have to wipe away a tear or two and part 3 being funny and thrilling. The sections however made the Book of Henry feel a bit jumbled because it was difficult determining where the hour and 45 minute movie was going when the next section appeared.

As the characters are introduced you cannot help but get drawn into their eccentric personalities: Henry being a genius that wants to stay in regular school for social purposes, his younger brother Peter who is Henry's biggest fan but feels like he falls short in comparison, and their mother Susan who likes playing shooter video games and goes to Henry for advice on everything. Although their family is not typical, the chemistry works and it feels as if they are perfect for each other and it is easy to get engulfed in their story.

The ending is a bit of a let down as it felt like the writers took the easy way out by giving the mom a predictable love interest and the build up of the book's content and where you think it is supposed to go took a left turn instead.

If you enjoy the ups and downs of a Lifetime storyline mixed with sarcastic humor or like movies that will give you a good cry then I definitely recommend this movie.