Bring your one eyed cat and tissues for Gifted. 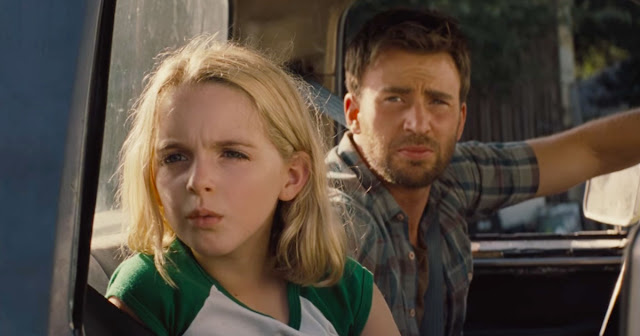 Gifted is a film that follows a single man, Frank Adler (played by Chris Evans) who is raising his niece Mary and her one-eyed cat Fred in Florida. Frank desperately wants to give Mary the "normal life" for a 7 year old despite the fact that she is a math genius. He decides to put her in public school amid opposition from his neighbor/friend Roberta (played by Octavia Spencer) and Mary quickly catches attention due to her superior mathematical talent. Frank's plans for Mary to live a normal life are soon put to a halt when his mother Evelyn believes she would excel under her care which leads to a custody battle and the conflict of how the best choice isn't always obvious.

I really enjoyed watching this movie because the characters and their relationships felt so authentic. From the opening of the film to the very end I felt as if I was strapped the emotion roller coaster of their lives and I was entertained during the entire ride. I never expected Chris Evans to take on a role like Frank Adler but I think he did a good job at being such a charismatic man who was also hard on himself when usually he plays the playboy role. Also the actress who played Evelyn did such a great job of playing a cold, stern woman/antagonist which I feel can either make or break a movie.

Also I was surprised that the movie was so funny because I expected it to be a full on tear factory based on it having to deal with the custody battle over Mary. I have to say that my favorite character was Mary because even though she was a math prodigy, she was so innocent with a big personality.

Although Gifted does get cliche and predictable at times but in the end you'll probably shed a tear or two and the sarcastic comedy is worth the watch.