Just how many times will you cry in A Dog's Purpose? 4. 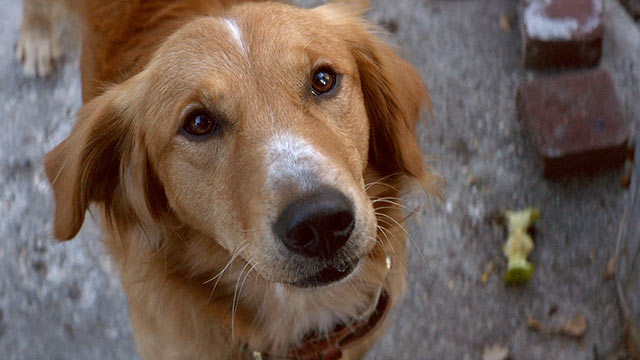 It is difficult to review a film with so much controversy, whether or not you believe the accusations against the company that made A Dogs Purpose please know that this review is based solely on the plot of the film and not the ethical treatment of animals in the film industry.

A Dogs Purpose starts with Bailey’s first life as a puppy, we get to know that he isn’t quite sure why he has been born or why he is even on this planet. Not too long after he passes away and is reincarnated into another dog. The film follows Bailey into his many lives as a dog where he journeys to find the meaning of it all and you’ve figured it out, what a dogs purpose really is. The majority of the film centers around Bailey as a golden retriever. He is rescued by Ethan and his mother from a hot car where it things aren’t looking to good for him. Ethan begs his parents to let him keep Bailey promising that he will take care of him no matter what it means. This film is a very cute and innocent adventure starring Josh Gad (Olaf as I like to remember him) and Dennis Quad as adult Ethan. Gad really steals the show, his whimsical voice truly entertains the audience, makes them laugh and albeit so emotional that you might shed a tear or two. There are plenty of times the audience bursted into laughter by almost every sentence Gad spoke, although most lines were hysterical I feel majority of it has to do with the fact that these words were being muttered by a dog.

This film does a great job of taking you into the mind of an animal and tries to give explanation as to why a dog does what a dog does. From eating trash to wondering why humans kiss, there is no shortage of curiosity and that’s what makes the film work. Bailey was always concerned with making sure his owners were happy and often wondered why they weren’t. The film is filled with emotions and trying to understand them be it from a dogs perspective or that of a human. With all the emotions flocking in one film its no wonder people are so attached to their pets. There is a close and personal bond between Bailey and Ethan that translates well to the screen which makes the audience miss their own pet that is waiting for them at home. This movie will make you appreciate your pet and make you want to give them a big hug because according to this film your pet really does care about you. Now with out spoiling too much I will say that watching a dog pass away on film is difficult but watching a dog pass away numerous times is out right heart breaking. With that being said if you are lighthearted I suggest preparing yourself and get ready to be sad. No, no I didn’t mean to scare you off. Although this film is sad, it also has its happy moments for all those that might think about skipping this one. Just keep picturing Olaf as a dog and maybe you will be able to get through this film.

Alright now lets be real, when Bailey died for the first time the whole audience lost it. I feel that this definitely hits home for a lot of people because Bailey passes away due to natural causes. Adding on to that he lives on just a little bit longer to pass away in Ethan’s arms. How cliché and depressing is that? Like I said before watching a dog’s pass once is hard enough but the audience is forced to watch this happen over 4 times, that is down right wrong!
Personally I didn’t feel the ending lived up to what the main plot was creating. Ethan and Bailey are reunited and don’t get me wrong its great and all, but after Ethan realizes Bailey has been reincarnated it just kind of pans out with Gad explaining a dogs purpose is xyz… For a film that’s titled as such and time and time again questioning the answer it doesn’t give a clear cut reason to why it is being asked in the first place. I know you could argue that the whole film explains the purpose of a dog, however something more concrete would have been nice.
_________________________________________
Posted: January 27, 2017
Labels: JonathanJimenez17, Reviews17
Newer Post Older Post
Subscribe to: Post Comments (Atom)
Subscribe to Mind on Movies for Movie Screenings and Giveaways.