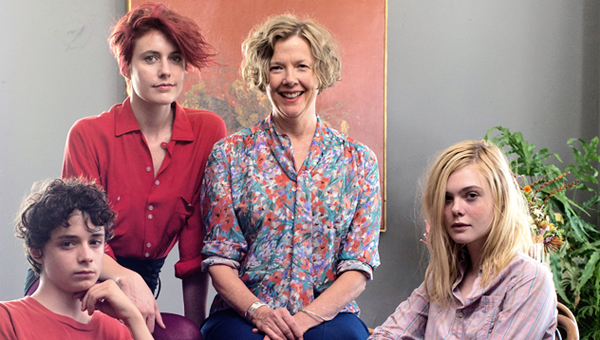 20th Century Women is the story of a single mom and boardinghouse landlord, Dorothea, who recruits her two female tenants, Julie and Abbie, to help parent her teenage son to become a man in 1979 California. Since the three women fall into different age groups, their approach to how to help mold 15 year-old Jamie into a man causes them to clash at times.

This movie was boring to me because it didn’t have any plot twists or surprises. Most of the things you assumed were going to happen actually happened which left me bored and wondering when it was going to end.

I did enjoy the characters however because of their like-ability. They were quite relatable and since they were each presented in documentary form with their name, explanation of personality/background and birth year, I found myself getting a real understanding of who they were which was refreshing.

I also liked how they magnified the approach from the women helping to raise Jamie being that they were from different generations - Dorothea a mature woman, Abbie in her late 20’s and Julie an older teenager. Each one thinking their method was better than the other with Jamie keeping them on their toes.

If I were you I would save this movie to watch at home because of the lack of twists and turns but it wasn’t awful enough totally skip.

The rainbow effect every time anyone would travel long distance in a car felt weird and unnecessary. It was almost like someone just learned about video effects on their computer and felt the need to add it where it wasn’t needed. They should have left it as it was regularly filmed.
_________________________________________
Posted: January 20, 2017
Labels: AshleyBell17, Reviews17
Newer Post Older Post
Subscribe to: Post Comments (Atom)
Subscribe to Mind on Movies for Movie Screenings and Giveaways.