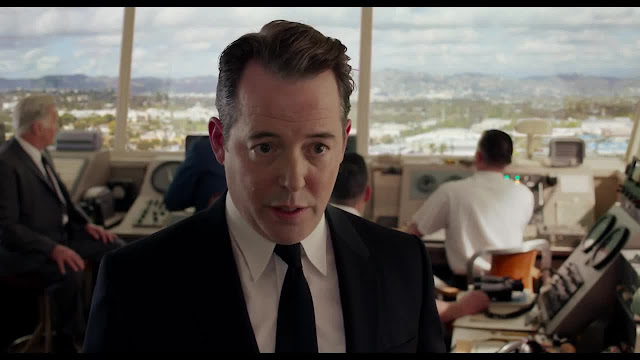 Rules Don’t Apply is a film set in the late 1950’s that focuses on Marla Mabrey, a young, Baptist woman from Virginia that moves to Hollywood in hopes of making it big as an actress. While in Hollywood she meets her driver Frank Forbes, a young, Methodist driver with hopes of also being successful, from their boss an eccentric billionaire named Howard Hughes. The two instantly are attracted to one another but are forbidden from being together because of several obstacles including differing religions, Frank’s marriage and Howard’s rule of no romance between his employees.

This movie was very eccentric just like the boss Howard Hughes. It bounced all over the place and never really re-visted things you thought might be important making it somewhat hard to follow. It also made it hard to get attached to the characters because it jumped around so much and at one point almost became a different movie because the character focus changed so drastically.

The romance in this romantic dramedy felt awkward and almost pitiful. The connection between the Marla and Frank was forced at sometimes and when they talked to each other it didn’t feel real unlike some actors can make it seem. It was funny in some parts more so toward the beginning fulfilling the comedy aspect and it definitely provided drama, which was one of the main things keeping the both the plot and my interest going.

Lastly, the accents were awful because sometimes they were there and other times they weren’t. Too often the drop off of accents happened during sentences and it was very noticeable.

If you’re into periodic films Rules Don’t Apply may be for you, if not it’s got Matthew Broderick in it that makes it somewhat more worthwhile.

Elaborating on the awkward connection between Frank and Marla, when they were arguing in the elevator it was really out of place and just felt like they were yelling with no feeling behind it so when her tears came I felt like tearing up too. Not because of sad emotions but because they should have put more effort into it and one of my favorite parts of romance movies is the fall out (that usually leads to them getting back together at the end of the movie) and this one wasn’t good to me because it didn’t feel authentic.
_________________________________________
Posted: November 23, 2016
Labels: AshleyBell16, Reviews16
Newer Post Older Post
Subscribe to: Post Comments (Atom)
Subscribe to Mind on Movies for Movie Screenings and Giveaways.