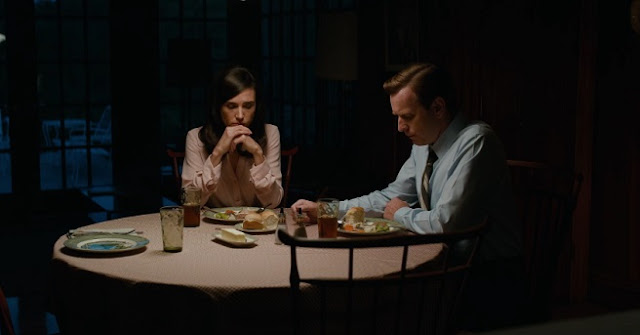 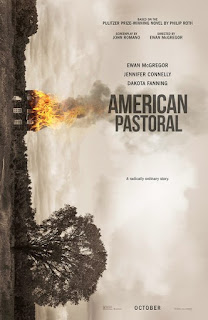 American Pastoral follows the story of a father who is looking for answers following his daughter’s disappearance. It all starts when the all-American high school football hero marries his high school sweetheart Miss New Jersey and they start their idyllic lives in the countryside. Becoming successful and generous business-owners, they find themselves struggling to come to terms with their teenage daughter’s anti-corporate and anti-war radicalization that is somewhat reminiscent of Patty Hearst. When the local post office gets blown to smithereens and their daughter disappears, it becomes a race to find answers.

As someone who absolutely loves a good drama – actually, even a mediocre drama will do – this movie fell far, far short. This movie features a lot of devices that fall flat. It tried too hard and tried to do too much. American Pastoral just ended up a big mess in the end that left me begging that the bomb had detonated at our main characters’ home.

For starters, American Pastoral features narration from some man I never quite figured out who he was or why I cared and starts off in the present day for some unknown reason before finally giving us a flashback to the real story. You get the feeling that somehow this will all tie back together in the end. But it doesn’t.

Once everything gets rolling, you begin to realize the narration decision was just the icing on the cake. For some reason, you get slapped with some out of place Freudian exposition and some other faux- provocative scenes that you get the sense were just thrown in to make the movie seem more edgy. The characters also left a lot to be desired. Dakota Fanning gives a lackluster performance, and the writers seemed to have missed the mark on every other character as well. My biggest complaint with the writing is how unrelatable the characters were. Most of them were plain repugnant – and those that had some redeeming qualities ended up losing them by the end of the film. As a result, I just could not find myself caring about any of these peoples’ fate.

The worst part of this movie, however, is that it was just plain boring. When I left, I glanced at my phone expecting almost three hours to have passed since I got into the theater. A two hour runtime isn’t enough to doom a movie, but you could really feel it with this one. The movie is slow, and without caring about any of the characters, it really felt meaningless. What little interest there was led nowhere, and most of the edge was just there for the sake of being edgy. The plotline never really made any sense or led anywhere meaningful.

I left the theater thinking to myself “what was the point? Why did any of this happen? Why did I care?” There were a few creative or beautiful elements but I recommend sparing yourself from this mess.


Obviously the narrator and the flashbacks did not work. All of the sexual scenes were just uncomfortable and they truly felt like a last-ditched effort to add some edge to a pretty dull movie. I also wish they took us somewhere meaningful. The plot didn’t really take us anywhere and there was really no character development.

Speaking of character development, we honestly should just scrap how Jennifer Connelly and Dakota Fanning’s characters develop. The mom’s sudden desire for a facelift and her infidelity came out of nowhere. The movie would have benefitted more from a deeper exploration into how the tragedy affected her, how they did it was very superficial. Lastly, Dakota Fanning’s “transformation” into a Jain was poorly executed and uninspired. It didn’t really make any sense, offer any resolution, or do anything for the plot. It just felt a short-sighted addition like many of the other decisions in this movie.
_________________________________________
Posted: October 20, 2016
Labels: JonathanJimenez16, Reviews16
Newer Post Older Post
Subscribe to: Post Comments (Atom)
Subscribe to Mind on Movies for Movie Screenings and Giveaways.