Review: Keeping up with the Joneses


Just how average are the Joneses? 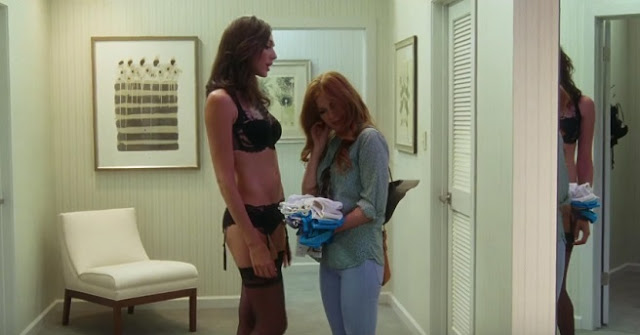 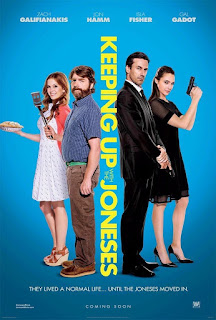 The Gaffneys (played by Zach Galifianakis and Isla Fisher) are your typical suburban family with two sons that they send off to summer camp. Their daily life is consistently ordinary until the beautiful, sophisticated and seemingly perfect couple aka the Joneses move into their cul-de-sac. The Gaffneys quickly get suspicious about the Joneses’ careers and discover they are secret agents causing them to soon learn just how hard it is to keep up with the Joneses.

Let me start off saying that this movie is funny but I honestly expected to laugh more than I did. It started off really slow at the beginning and made me almost forget that it was a comedy. The humor at the beginning really awkward and was almost forced in some scenes. It did pick up toward the middle of the movie and continued on but based on the trailers, I still didn’t laugh as frequently as I thought I was going to.

The plot however was good and I like how there were little twists and turns, which more so surprised me (in a good way). Of course where there are spies in a movie there are car chases and explosions and this movie didn’t disappoint. I was blown away by how much work they put into them, especially since it was a comedy. If you stick it through the slow beginning, there are laughs to be found later in the movie even though in some parts they are spaced out. Nonetheless when I did laugh it was worth the time spent watching Keeping Up with the Joneses.


I’m not going to lie, the snake restaurant scene freaked me out. I don’t have a phobia of snakes by any means but when it’s chopped up and still wriggling around it was enough to make me squirm in my seat.
Posted: October 20, 2016
Labels: AshleyBell16, Reviews16
Newer Post Older Post
Subscribe to: Post Comments (Atom)
New Reviews