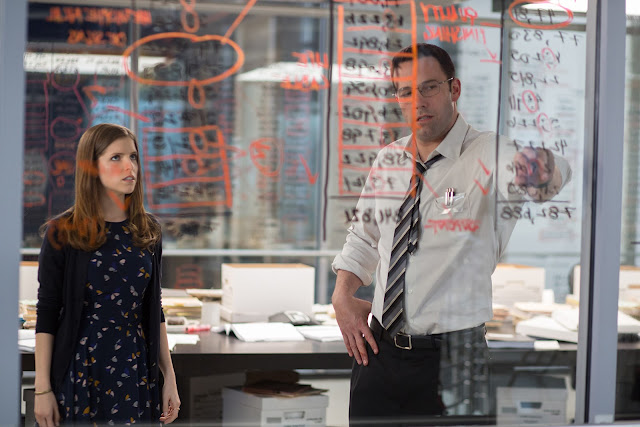 Ben Affleck stars as your regular tax preparer by day and a superhuman assassin by night. 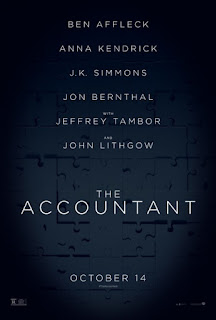 The Accountant is your typical action movie. You have your lead character who’s an excellent shot and can fight his way out of any battle. On top of it, he is an absolute genius who can crunch numbers unlike anyone else. But don’t expect your typical macho action hero. Our lead is quiet and socially awkward, and by day he keeps himself busy by doing taxes for his small-town neighbors. When the accountant takes on a new high profile client, though, things end up getting heated and he finds himself in a situation even he finds tough to fight his way out of.

Okay so let me be completely honest. I came into this movie with pretty low expectations after seeing the trailer. Yet about a quarter of the way through the film, things started trending upward. The movie wasn’t wow-ing me, but it was a decently good action movie. It had humor and it had intrigue. While it wasn’t groundbreaking, I thought the added variety of the Monk-style protagonist kept things fresh enough for our generic action flick. As the movie progressed, I also really enjoyed how it seemed like there was a bigger plot going on over the heads of all of our characters. The anticipation of finally figuring out what was happening kept me invested in the story. Everything had purpose and I was beginning to expect a movie in quality somewhere between Red and Mr. & Mrs. Smith. I actually could not believe how much this movie was exceeding my expectations.

And… then they dropped all of it. About halfway through the movie everything changed for the worse. I was honestly offended at how low my expectations were and how much they raised them only to just drop them even lower by the end of the movie. I really wanted to like this movie. But everything they set up in the first half of the movie just… didn’t pan out. They completely dropped one of the characters halfway through – only to give us a little bit of a resolution for them at the end. And there was no real climax. It’s an action movie. I wanted action. And there was very little impactful action. Nothing went anywhere and we never got a big showoff or “oh crap” moment. There were no stakes, nothing really seemed to matter. And all the plotlines they built up in the first half just led nowhere. By the end of the movie, it just felt like nothing really mattered. The whole plotline of the second half just seemed messy and pointless.

I can’t really say who the target audience is for this movie. If you want action, you’re not really going to find much. If you want some deep plotline, you’re also not going to get it. It isn’t a horrible movie, but it just left me disappointed with what it could have been. If I had left the movie halfway and let my imagination fill in the rest of the movie, I think I would’ve awarded this movie around a 3/5… maybe even higher. But that was not the solution to this math equation.


Oh god. The twist. It just felt so obvious and ham-fisted. I honestly don’t know what purpose it served. I also feel like it got in the way of all the other plotlines the story had been building up to that point. I mean, remind me again what the point was of JK Simmons’s character was.
Also what happened to Anna Kendrick!? They gave us this fun character dynamic only to take her away for most of the movie. But then again, as you can tell by my tirade, the whole ending needed to be reworked. And although I enjoyed the message the movie tried to impart regarding autism, it was the only thing the movie really offered in the end.
Posted: October 14, 2016
Labels: JonathanJimenez16, Reviews16
Newer Post Older Post
Subscribe to: Post Comments (Atom)
New Reviews