Win A Pass for 2 to see “HELL OR HIGH WATER” in Orlando! (Ended)

Enter to win a pair of passes to see Hell or High Water in Orlando! 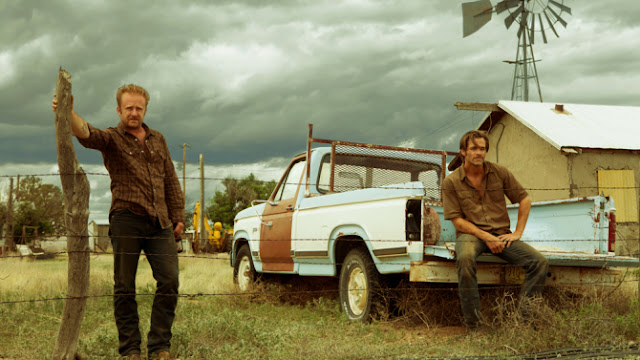 A story about the collision of the Old and New West, two brothers -- Toby (Chris Pine), a straight-living, divorced father trying to make a better life for his son; and Tanner (Ben Foster), a short-tempered ex-con with a loose trigger finger -- come together to rob branch after branch of the bank that is foreclosing on their family land. The hold-ups are part of a last-ditch scheme to take back a future that powerful forces beyond their control have stolen from under their feet. Vengeance seems to be theirs until they find themselves in the crosshairs of a relentless, foul-mouthed Texas Ranger (Jeff Bridges) looking for one last triumph on the eve of his retirement. As the brothers plot a final bank heist to complete their plan, a showdown looms at the crossroads where the last honest law man and a pair of brothers with nothing to live for except family collide.

Disclaimer: Passes are first come first serve. This contest is from Mind on Movies working with CBS Films. Once the link is sold out, all passes have been redeemed.
Posted: August 06, 2016
Labels: Past Screenings
Newer Post Older Post
Subscribe to: Post Comments (Atom)
Subscribe to Mind on Movies for Movie Screenings and Giveaways.