All is Lost is Robert Redford's best! 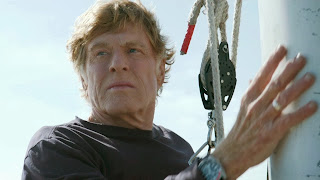 Academy Award® winner Robert Redford stars in All Is Lost, an open-water thriller about one man’s battle for survival against the elements after his sailboat is destroyed at sea. But with the sun unrelenting, sharks circling and his meager supplies dwindling, the ever-resourceful sailor soon finds himself staring his mortality in the face.

Enter to win a pair of movie passes.