If your young, see a different movie. 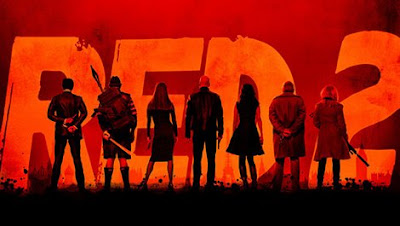 In the history of mankind making movie, sequels are never good as the first movie. This has been proven way too many times to be true. Just ask the people from The Hangover. The second one was not good. However, every once in a while we are tested, and this is the case with Red 2.

I went in seeing Red 2 without seeing the first Red, and I enjoyed every minute of the movie. They did not make any connections with the first movie. That's how you can tell when a sequel is good.  The sequel should not rest on the shoulder of the first movie. It was great.

Do remember that this is a movie about retired CIA and other types of agent. Because of their ages the jokes are dated to the senile as well. The silver lining is it has a lot of action scenes in it. Typically you wouldn't believe a 58 year old man would be able to fight and win, but I guess Bruce Willis can do anything.

A bad note to this movie is about half way through the movie you will know how it will end. Of course this will not include the target audience, the senile. But it will be sorta a disappointment when your watching then all of a sudden you realize how it will end, and your stuck sitting there knowing what's going to happen.

Byung-hun Lee is cast in Red 2. It is one of the bad calls made from the casting director. He doesn't provide and good aspect to the movie. He's just a guy who needs to retire as well. For those of you who don't know, Lee is 43 years old. He's not that far-off from Willis's age. They should have cast someone younger. 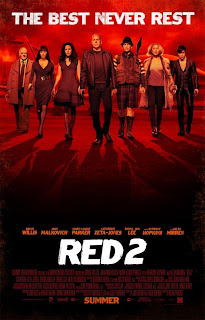 What would I have changed? (Spoilers)
Well if you couldn't tell, I actually enjoyed this film. In the end they never said how Frank (Bruce Willis) got the bomb on the plane. I mean they could have gone over that, and just talked about how he did it at the end on the movie, when they are all giving a group hug and happy. Another point, they needed Morgan Freeman in this movie. I don't care if he died or not in the first one, bring him back anyway.