Will Ryan Reynolds ever make a good movie? 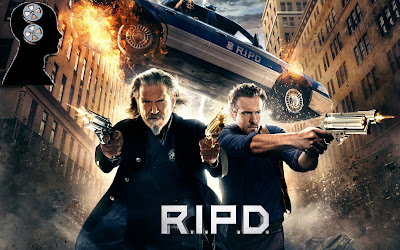 With people still remembering how bad Ryan Reynolds was in The Green Lantern from back in 2011, will he ever get better, not including his voice in animated movies. Well in this new type of a movie R.I.P.D., Ryan plays a Boston cop and is killed and made to work for a department that keeps the dead of earth.

Jeff Bridges is Ryan's partner, and if it were not for him, this movie would not have had any comedy aspect in it. You could tell at times Ryan's character, Nick, was trying to be funny or make a joke, but it turned out that Ryan was the only one laughing.

You know you're great actor when you can carry another actor on your back. This is what Jeff did to Ryan. Jeff Bridges was the only thing good about this movie, and the action scenes of course. This movie had some really great action scenes that were unmasked half way through the film.

Some more notes... Typical love story blah. Typical way to die blah. Typical everything. Sadly this movie was way too predictable, and this could have been avoided if it were for some better writers of the movie.  I would recommend to seeing this movie in 3D. It did have some great affects from the action scenes that were in the movie. 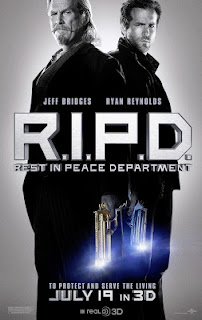 Well I would have added more screen time for Nick's real life body James Hong. James is a real comedy genius, and they should have used him more than the one line he had in the whole movie. Elliot, Mike O'Malley, what happen to him. He gave the gold off and that's it. Why didn't they see what else he knew. It could have moved the story along quicker, probably why they didn't talk to his character again, it would have moved too quickly meaning they would have to write more material for the movie.