Who's the real victim? 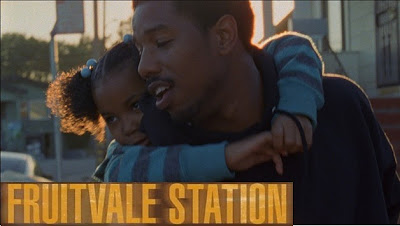 Fruitvale Station is a very powerful film. This movie will make you think a lot about how the world, or even just America was back in 2008. This movie is based on a real life events, which will just add more emotion to the movie as your watching it.

The movie takes place about Oscar, a 22-year-old Bay Area resident, who crosses paths with friends, enemies, family, and strangers on the last day of 2008.

Within the first five minutes of the movie, the end is spoiled. The fact that this is based on a real event of a cop shooting Oscar, they will show actually footage, from a cell phone video. This does make sense. I am glad they showed actual footage, but for some reason the director decided to show this at the beginning of the film. So you will instantly know the outcome of the movie in the beginning.

I am never a fan of a movie that takes place all in one day. Meaning that the whole movie was New Years Eve back in 2008, with one flash back. It's just to much for someone to see happen in a one day event. Although this was needed to tell the story correctly.

The real person you feel for in this movie is not Oscar, it is his daughter. His daughter is the victim in the movie because Oscar does have a past record. Now this daughter has to live the rest of her life without her dad, that's the sad part. This movie had a great chemistry between Oscar his daughter and his mother. They all fit so well together. I will give a good point to the casting director. They did good on that part. 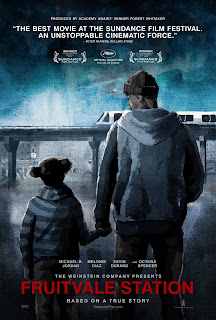 Well this movie is based on real events so I can't change anything.