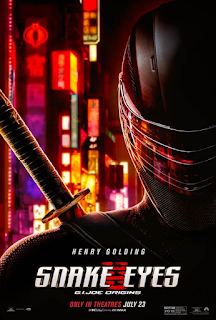 Enter to Win Fandango Gift Certificates to watch 'Snake Eyes: G.I. Joe Origins' in a theater near you!