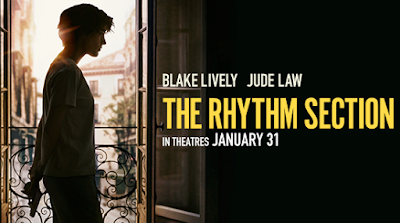 - Read Ashley's review of The Rhythm Section. Blake Lively stars as Stephanie Patrick, an ordinary woman on a path of self-destruction after her family is tragically killed in a plane crash. When Stephanie discovers that the crash was not an accident, she enters a dark, complex world to seek revenge on those responsible and find her own redemption. Based on the novel by Mark Burnell, from director Reed Morano (“The Handmaid’s Tale”) and the producers of the James Bond film series, The Rhythm Section also stars Jude Law and Sterling K. Brown. 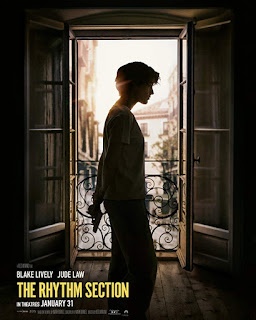 The Rhythm Section stars Blake Lively as a woman living a troubled life after her family is tragically killed in a plane crash. When an unexpected visitor tells her the truth of the crash, she does everything she can to make amends. Can this action mystery live up to the intensity it boasts?

The plot of this film starts off heavy and fast paced to get viewers strapped into the roller coaster ride that is about to ensue. After getting the audience on edge with anticipation, the plot comes to a plateau and drags on. Instead of providing the twists and turns that viewers are expecting, this movie almost flat lines in several sections.

With such a slow build up, the shock factor is even slower. It left a lot to be desired with all of the ways this story could have played out. The plot goes in several directions and the shock factor loses its impact. The fight scenes help to pick up some of the remaining desire however but even those are so spaced out that they become like a small treat in an otherwise dull place.

The performances from Blake Lively, Jude Law and Sterling K. Brown are another saving grace for this film. Although their acting was excellent, the storyline did not give them enough room to turn the film into something other than ordinary. The combination of these great actors should have been enough to push things to a superior level but your attention span may waver in between.

The Rhythm Section could take a lesson from its name and learn the rhythm of pacing. Its great actors mixed with a lackluster plot leaves a rhythm that is not enough to hold its weight. If you want to see A list actors in a B level movie then I recommend the Rhythm Section.