'Inside Game' falls off the melodramatic deep end - Joanna's Review 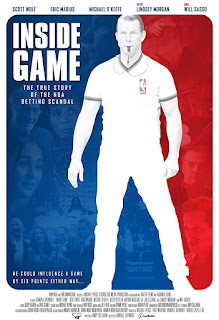 Read Joanna's review of Inside Game. In Inside Game, NBA referee Tim Donaghy leverages relationships with colleagues, coaches and players to bet on professional basketball games. During an unrelated mob investigation, the FBI stumbles upon the scam and actively pursues legal action against all parties.