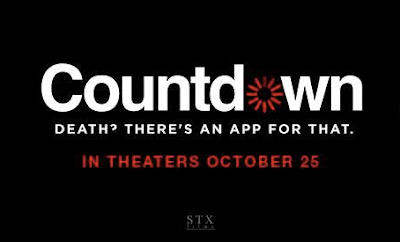 Read Ashley's review of Countdown. In Countdown, when a young nurse downloads an app that claims to predict exactly when a person is going to die, it tells her she only has three days to live. With time ticking away and a mysterious figure haunting her, she must find a way to save her life before time runs out. 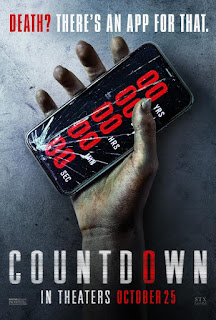 Countdown is a film about an app that claims it can predict the death of its users. When a nurse downloads Countdown and it tells her that she is going to die in three days, she does everything she can to stop it. Can this horror movie live up to a scary standard?

At first glance, Countdown is very similar to Final Destination. It does however differ in the sense that apps are available to anyone who downloads them. With the craze of there’s an app for everything, Countdown plays into that fear and gives the audience something fresh in terms of horror.

The movie also has a nice balance of fear and comedy which helps to relieve the audience from the jump scares. There are a lot of jump scares in Countdown, as well as demonic theme so be mindful before watching if that is not the type of horror you like.

If you are looking for a horror movie that fits in today’s society then Countdown is a great choice. Between the jump scares, comedy and plot of curiosity, this film is sure to be a memorable horror of the year.