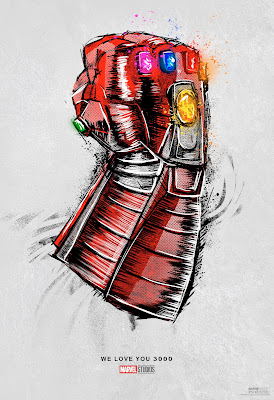 Calling all Marvel superfans! Avengers: Endgame is being re-released this weekend! They’re SO close to beating Avatar for the highest grossing global box office film of all-time, so naturally they’re giving one final push (Avatar did the same thing, so I’m all for it). The Russo brothers and Kevin Feige have confirmed that there will be an introduction from Anthony Russo, an unfinished deleted scene, a sneak peek of Spiderman: Far From Home and some tributes at the end of the film.

Do we NEED this re-release? Probably not. Will I go see it again? Yes, because I want this movie to top Avatar? Absolutely. So, let’s get all our Marvel fans out to the movies this week and give Avengers: Endgame the push it needs to get to the top!

Hey… Whatever it takes, right?

Starting on Friday, June 28, participating theaters nationwide will hold a Bring Back event for fans to see Marvel Studios’ AVENGERS: ENDGAME one more time on the big screen before it finishes its theatrical run.

Fans who buy a movie ticket will receive an exclusive piece of Avengers art (available in select theaters and until supplies run out) and will also be treated to a video introduction by director Anthony Russo and an unfinished deleted scene from the film, and it will be a chance for fans to get a head start on the upcoming Marvel Studios’ “Spider-Man: Far From Home” via a special sneak peek! Tickets to the Bring Back event are available wherever tickets are sold.