'The Intruder' is Predictable - Ashley's Review 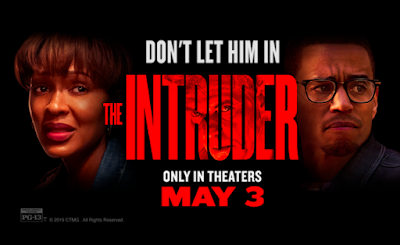 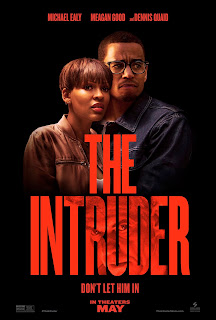 When a young married couple (Meagan Good and Michael Ealy) decide to buy their dream home to start their family they think they have found the perfect spot in Napa Valley. Instead they find themselves consistently being harassed by the former owner (Dennis Quaid) and begin to question his motives. Can the Intruder overcome the feeling of deja vu in its theme?

This movie has the overwhelming feeling of “seen this before” however it still is enjoyable despite this. It is one of those movies were it is almost imperative to watch in a full theater to hear the reactions from the audience. They fuel the interest in continuing to watch the predictable scenes. Dennis Quaid was absolutely terrifying in his role and did a great job as the mysterious former homeowner. Megan Good and Michael Ealy did well too with playing the aware but aloof couple.

Even though the acting was up to par the plot was not. One of my biggest issues with this movie is that it had the potential to be so much better. There were several subplots that they could have built on but instead they were introduced and left to fizzle out. When discussing it I was able to put things on a deeper level together but I was not sure if I was trying to fill in the gaps to make it make more sense or if that is what the director intended.

Overall I enjoyed watching this thriller and liked the intensely set predictably of it all. I would watch this again because it plays on the fear of just how crazy neighbors could possibly be even if the story is not completely told.